Home Newsletter Hack.Developers, all the winners awarded in Rome 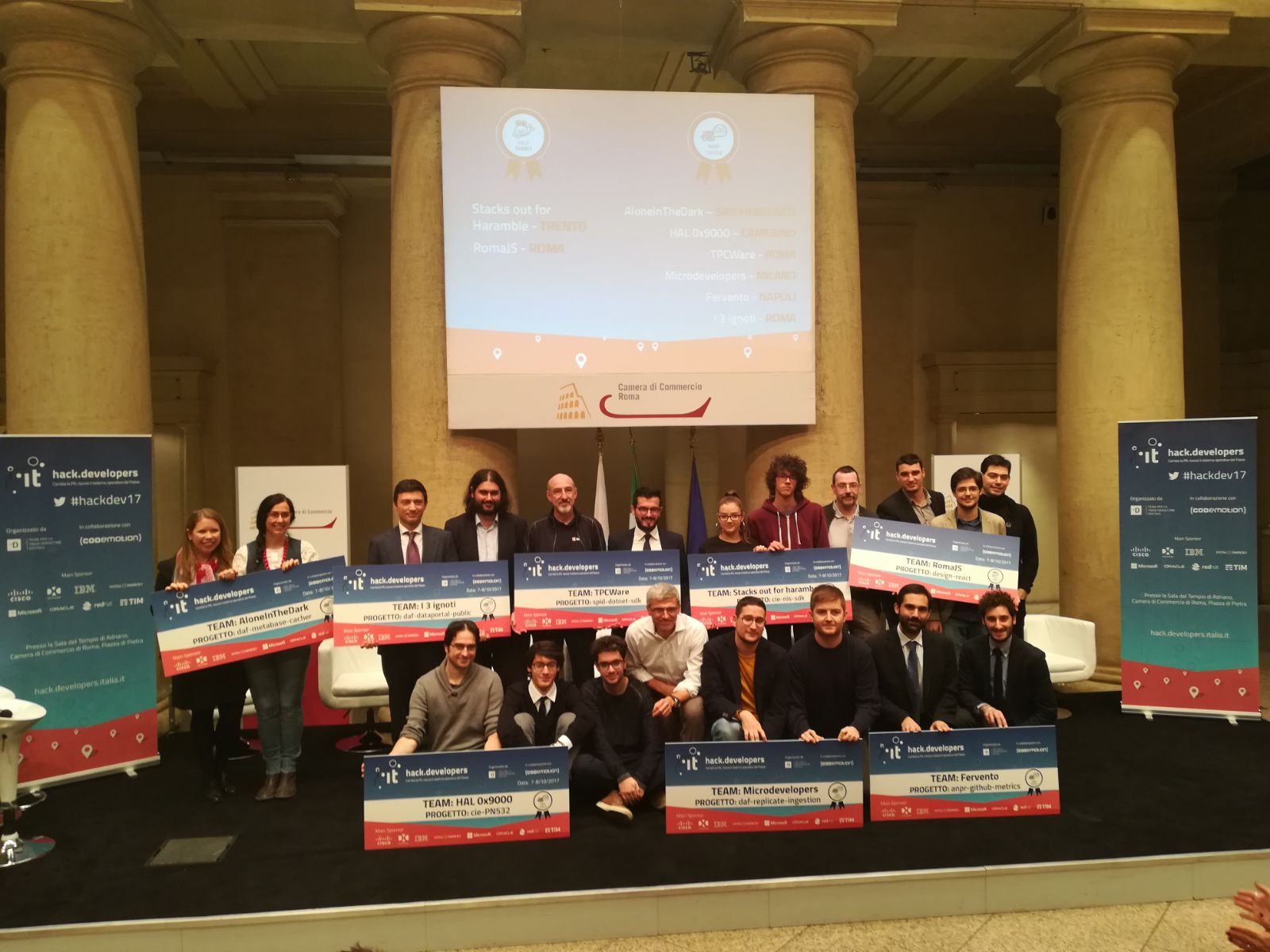 The Hack.Developers awards ceremony took place in Rome, as the conclusion of the biggest code sprint in Italy, organized by the Digital Transformation Team in collaboration with Codemotion and many other sponsors.

The hackathon held on 7 – 8 October involved more than 800 developers in 25 different cities, all resolved on contributing to the digitalisation of Italian Public Administration. The challenge accepted submissions in two categories: Fast Rabbit and Wise Turtle.

During the ceremony in Rome, awards were assigned for the second category, which included the projects developed also after the end of the two-day code sprint. The participants had time until the 30 October to complete them and to present them to the committee.

Giovanni Bajo, Developer Relation of the Digital Transformation Team, and Chiara Russo, Codemotion Ceo and Co-founder, participated in the event. Even Stefano Pampaloni and Davide Cerbo, representatives of the communities of Pisa and Naples, joined the ceremony to describe the hackathon experience from developers’ point of view.

Pisa and Naples, together with Salerno, are the Hack.Developers locations sponsored by Bit4id. From the very beginning, the company has been very committed to supporting such an important initiative for the innovation of the country, so it attended also the award ceremony in Rome. ETSI Plugtests: the efficiency and interoperability of Bit4id’s electronic signature

Bit4id and its new partnership with Consorzio CLARA, institute for Research... Bit4id is “Made in Italy”: the importance of a national production The Python Academy will be back in September for its second... 4identity by Bit4id: a new way to manage smartcards and certificates...

Bit4id rewarded for its excellence by the Chamber of Commerce of...